Money is worth more, but any religion is accepted

Dimensional Travelers: The kingdom itself may move. The entire kingdom must move at the same time and can move as much as it wants per kingdom turn. The entire kingdom must move in the same direction, including improvements. The tile movement is unaffected, as they are all on a giant mole, which maintains their tile instead of uprooting and going somewhere else. This travel can go across dimensions and planes as well. This travel is all Ex.

Guardian Mole: All magic, attacks, and otherwise hostile attempts slide off of the mole innately, protecting the small singular city on its back.

Dimensional Travelers: Players who unlock privileges with the kingdom, may be open to unique opportunities through the trade networks established by this kingdom, which bypass the normal barriers we cannot pass for whatever reason, normally.

Guardian Mole: You cannot be attacked while you spend your downtime here.

The Traveling Trade Kingdom of Nopengonium has been traveling for ages, across space, dimensions, and planes, to bring its unique connections and trade goods to the realms.

It is unclear as to when they initially established themselves, nor how they got to making a whole city on the back of a very powerful immortal mole creature, as that information is tightly guarded, but according to them, they have been around for quite some time. They could fill a library with just how many contacts they have made over time, let alone their endless number of ledgers and records.

Living a literal Kaiju Mole, a city lies on its back. It lacks greatly, clearly, in geographical resources, but the creature is an integral part of their existence, and as far as they know, it does not age. 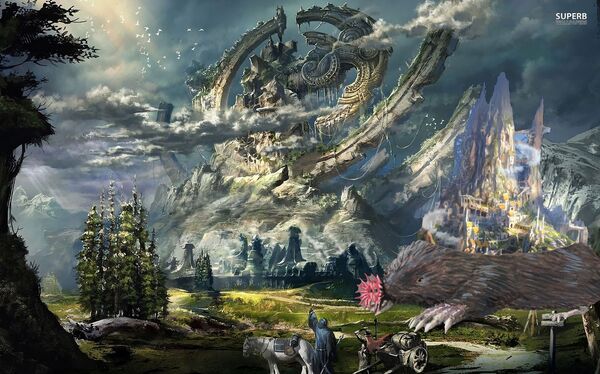 The singular city that makes up the entire kingdom, goes by the name Norgrash. More info pending me caring to expand on its lore. They are quite exclusive in who they allow into the city. And no, you can't just say 'I get in anyways'. It is up to GM discretion if you are able to get in, not player discretion. Please contact the relevant staff member for more info.

Their privatized Trade Network, it has connections to many hidden, secret, forbidden, or just really hard to get to, realms. It is likely to be very interesting to anyone who wishes to engage in trade, or see new places.

They don't really need one. They have the Defender you all created, and enough allies via trade across the realms, that many would come to their aid if someone tried to mess with them too much.

They focus mainly around their trade-based lifestyle. Catering to public relations, greasing palms, making things more 'exclusive' and 'attractive' to those with money, and having luxuries all across their population that most civilizations will never have a chance at. They are friendly to those that can gain some level of trust with them, even sharing some of their secrets depending on how much you contribute to them, but will be simultaneously cold to those who haven't earned it.

Its mainly just a consortium of the wealthy trader families that established Norgrash. I don't really desire to make specific NPCs, or make them fit to the standard kingdom roles.

Not much of an actual religion exists. Generally, the faith of its people is up to personal preference.