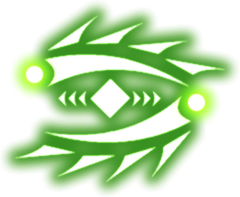 Riftstalkers are hunters who specialize in dealing with extraplanar threats, with their primary focus on maintaining elemental balance across the cosmos. While they mainly revolve around Chronus, and more specifically, Etera, members exist from other worlds in their ranks. While Riftstalker backgrounds vary from character to character, they all share in common an affinity for druidism, whether they are shifters, hunters, rangers or druids. As protectors of elemental balance for the sake of Etera’s safety, they are good-aligned beings.

In recent times (roughly 40-45 years ago), a wandering shifter by the name of Valus Oakheart, honored the Green Faith by ensuring that the elemental forces remained in harmony. However, due to threats from far and beyond that would constantly threaten the elemental balance, he took it upon himself to deal with such threats personally. Overtime, the odds were increasing against him, and he knew that if he continued on his path, he would perish alone. As such, he began reaching out to others who were like-minded, until steadily, his support grew, as well as embracing new skills, abilities and tactics shared by the brethren that would join his quest. This growth and development of capabilities would lead to the creation of the group known as the Riftstalkers.

While they by no means possessed an army, they had enough specialized individuals to be able to help maintain some semblance of order, even across multiple planes. To provide a safe haven for elemental forces in need, they created the demiplane known as Viridia.

Over time, the Riftstalkers would meet and interact with a variety of adventurers and factions, including the Time Knight Order. In recent times, these two groups have begun to see eye-to-eye on a matter that relates to both of their specialties. In preparation for upcoming threats, the Riftstalkers and the Time Knights formed an alliance, and the demiplane called Viridia, has since been overhauled to accommodate the joint effort between the two factions. Their base of operations is now called Lumina. 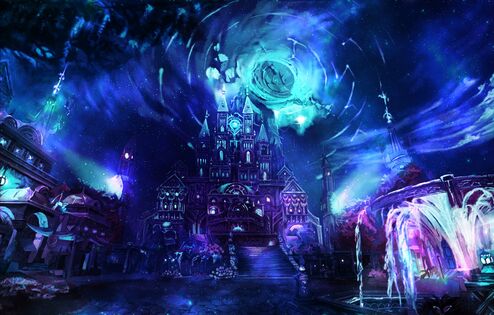 Riftstalkers have druidic and elemental roots. They have a strong respect for nature, and most who are druids or shifters maintain their druidic code of conduct. They praise elementals in high regard, and will never willingly attempt to destroy a non-hostile elemental, unless that elemental is somehow corrupted with no other choice but to put it down, though that would only be a last resort option. Being a mainly neutral good organization, they are expected to maintain good conduct as adventurers as well, and respect the boundaries of civilization.