Vichear, often known as the Seeker of Knowledge, is an enigmatic figure who roams the world in apparent pursuit of rare or forgotten lore. While clearly powerful enough to defend himself, he seems disinterested in getting personally involved with things, saying "It is not a historian's job to dictate history, only to write it". That said, he doesn't seem to mind teaching others how to do things for themselves, and actively praises those who seek to expand their knowledge.

[Further information on Vichear's goals, motivations, powers, and activities has not been uncovered]

Getting Vichear As A Mythic Patron

Vichear offers mythic powers as a patron, but only to characters with Intelligence as their highest ability score and at least four Knowledge and/or Lore skills as class skills. These skills must be kept at maximum ranks upon levelup, and all of the character's Knowledge skills must have at least one rank. He withdraws his patronage from individuals who fail to keep up with their studies. He does not care about alignments or deeds.

In addition, characters receiving patronage from Vichear must make Knowledge checks when encountering new species for the first time, and must spend 1 day of Downtime researching any subject they failed a Knowledge check at. List any such failures, and the dates of research, on your Myth Weavers character sheet. This research must occur within 1 week of the adventure (unless there were too many failed knowledge checks, in which case the time allowed for research is extended proportionately). Failure to uphold either of these conditions causes him to withdraw his mythic gifts until the character spends one week engaged purely in research. 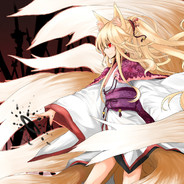